I’ve been blessed to have lived on both Canadian coasts. And I often say that, for me, the west coast stands out for its mountains and shoreline, the east coast for its people. That’s a gross generalization, of course, for both coasts are beautiful places with many attractive qualities. But the people of the east coast certainly made a lasting impression on me. And of all the people I recall from my days in the Maritimes, the one that most comes to mind is my Cape Breton friend, Allan MacNeil.

. He was onstage singing in a boisterous Celtic folk group called The Farriers, one of several local pub bands that regularly played the clubs and taverns in and around Halifax back then. One simply couldn’t go out for a pint with friends without hearing songs like The Black Velvet Band, Seven Old Ladies, and Farewell to Nova Scotia played live and enthusiastically in the background.

It was 1977, and I had just relocated from Vancouver after completing my graduate studies at UBC. I was currently unemployed (east coast jobs for Mechanical Engineers were rare in those days), but I was willing to work anywhere. I had recently run into the leader of The Farriers, a husky-voiced brit named Peter Astley, when we shared a car on an east-bound train from Ottawa. We both had acoustic instruments with us – my guitar, and Peter’s rare mandocello – and we ended up playing songs together, entertaining the passengers in our coach car for much of the trip back to Halifax. But that’s another story.

When I told Peter I was looking for work, he invited me down to the LBR to watch his group play. You see, it turns out a member of his band was leaving and they were in need of a guitarist/singer. That’s synchronicity for you. Of course I accepted, and soon found myself on that same smoky stage, in that low beer-stained room, singing those same well-worn pub songs to inebriated students, tourists, and locals. Pretty good, I thought to myself, for an unemployed immigrant from Upper Canada.

Allan had been with the band for a couple of years, having replaced his brother Jackie when he left. Also in the band at that time, besides Peter, was Glen Reid, a country folky from northern Ontario. Glen left the band a few months later. Stability, you see, was not part of the gig. I guess that’s just the way it is in the music business.

Allan was very welcoming, taking the time to teach me the unfamiliar repertoire. He and I became fast friends. He was a round-faced gnome of a man, with a receding hairline, a prospector’s beard, a slight paunch, and an ever-present twinkle in his eye. He was also a chain smoker and a bit of a drinker. Allan was thirty-two going on fifty. But it was his ready laugh and playful sense of humour that endeared him to everyone. I liked him from the get-go.

The music was fun and easy enough to learn, and I found Allan and Peter (and even Glen while he was around) to be great stage companions. Peter was the serious, organized one with a fondness for the English pub songs from his rowdy days back in Leicester, England. Unfortunately, the typical Maritime drinking audience wanted funny, tragic, or foot-stompin’ down-east songs that they could sing along with. Allan knew all those, and had an uncanny ability to sense when the audience was in the mood for one. Over time, he and I acquired a sort of sixth sense, almost knowing what the other was thinking, and would often launch into the same unscheduled drinking song on cue, as if planned. Peter would get mad at us later for deviating from the set list, but we didn’t care. The audience was what mattered.

As friends, Allan and I found in each other a fresh, receptive audience; Allan for my travel stories, me for his oft-told jokes, one-liners, and corny down-east wit. Like many a young Maritimer in those days, Allan had once tried “going down the road” for work (Toronto, in his case), so he knew where I was coming from. But he found the pace and pressure of the big city too intense for his liking. He also dearly missed his Cape Breton home and kin. When I got around to visiting his cozy family home on the south shore of Bras d’or Lake on the island, I understood why.

Allan’s family home was truly a different world; a simple box of a two-story wood frame house, all weathered white clapboard and worn cedar shakes. It stood proudly, if somewhat uncertainly, on a crumbling stone foundation half-way up an open, grassy slope that looked north across Bras d’or Lake to the little historic town of Baddeck. The house belonged to Leona MacNeil, Allan’s widowed mother, and it housed Allan when he visited, as well as his sisters Mary and Agnes, and brothers Jackie and Stevie.

Like many a Cape Breton family, Allan and his siblings had been raised with music and hospitality in their blood. In fact music, as I came to find out, is the very heart and soul of the people who call that breathtakingly beautiful island their home. I felt very much at home there, as my own Ontario family was also very musical and welcoming.

On Cape Breton Island, it turns out, any excuse is reason enough to gather together for music and song. Sure, weddings and wakes were a given, but any occasion would do. The MacNeil homestead was a magnet for local fiddlers, guitarists, pipers, Celtic flutists, step-dancers, bodhran players (a circular, skin-covered drum) and singers of all styles and ages. Such a gathering is known as a Céilidh (kay-lee). You know, I never actually heard invitations go out, but people would somehow converge on the house right on cue, as if everyone just knew a Céilidh was about to begin.

In Allan’s large, yet crowded living room, I spent many a delightful, home-spun evening accompanying some of the greatest undiscovered (and some famous) talent I have ever had the pleasure to play along side. Before long, music would fill every room in the house, which would literally shake to the rhythms of boots on hardwood floors keeping time to the music, or stomping and clogging to a rollicking jig or reel.

During one such evening of revelry, I remember Allan and I stepping outside onto the front porch for some air. From there I was able to see the lights of distant Baddeck, the town made famous by Alexander Graham Bell, twinkling coyly in the summer night air and sparkling off the waters of Bras d’or Lake. Behind me the strains of Celtic music and tuneful harmonies poured out the open door and down the hillside to the water’s edge. It was magical. Soon a quick jig started up, and the house was once again shaking in time with the dancers. I recall saying to Allan that it looked like it was going to fall right off its foundation before the night was out. He paused, took a long thoughtful drag on his cigarette, then observed with a touch of Cape Breton lilt in his voice, “She’s been here for almost two-hundred years, b’y. I don’t think she’ll be going down tonight.”

I lost touch with Allan when I left the band in 1979 and returned to Ontario to get a job as a Professional Engineer. Distance can be such a bitch. This was well before the days of the Internet and email. Years later, after the Internet came along, I tried looking up my old friend, but without much luck. He seemed to have no online footprint. When I eventually contacted a mutual friend, he told me that Allan had died some years earlier, a victim of excessive drinking. A little sunshine went out of my life the day I heard that news. 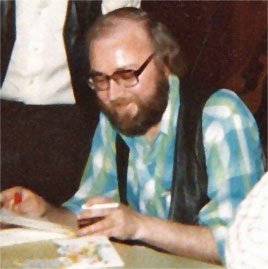 Allan left this world before his time. I am truly sorry I never got a chance to see him again. But, as a songwriter, there was something I could do for him. I wrote and publicly performed a song about Allan and those wonderful times we had at his family home on Cape Breton Island. In the lyrics, I portray him as I envision he’d be now, were he still alive and well and living in his family home.

My song is called Pot on the Stove, and it’s a nod to the Cape Breton ritual of boiling a pot of tea on the stove when company is expected. The pot never goes empty as cups are filled because it is continually topped up with fresh water and new tea bags, and then boiled some more. Over the course of the day, the tea in the pot turns as black as coal tar. It’s a drink fit only for the hearty, or the immune. They were good times!

Pot on the Stove (posted as a YouTube video)

4 Responses to The Cape Bretoner