On Writing a Novel 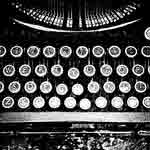 Like I’ve said, I’m writing a novel. A “speculative technological thriller”. But, to be honest, I’m new to this and it’s not coming easily. Oh, sure, I’ve written a few College textbooks, and more emails to friends and family than I can keep track of. Then there’s all that BS I wrote in those History and English essays back in school. Must have worked, though, ’cause I got pretty good grades. And I even wrote a couple of feature articles for our university student newspaper, the Ubyssey, back in the 70s when I attended UBC in Vancouver. Author Pierre Burton started out writing for that same paper, so I took that as a good sign. But writing a novel has turned out to be a different matter.

Those of you who practice the craft will know of what I speak. There’s a lot of reflection, second guessing, soul searching, and self-criticism that takes place as you conjure up a plot and summon characters from the depths of your psyche, placing them here and there in the arena of your imagination, giving them obstacles and challenges to overcome, then finally setting them free to play out a few brief episodes of their lives with all the world looking on. And once it’s been set in motion, all you can do is sit back and watch it unfold.

As I see it, it’s a bit like programming robots, which I did for twenty eight years. Much of the initial work is done up front by first specifying an overall goal. Then there’s all the anticipating and planning for this outcome, or that obstacle, all the while taking into account the strengths and weaknesses of the machines. You start off with a rough idea, punch it in, then run it to see what happens. It’s usually not a pretty sight.

So you stop the action and get down to what often turns out to be even more of an effort… tweaking and fine-tuning the locations and code to get it all to go the way you imagined it in your head. If you’re smart, you’ll recognize some attributes of the machine that allow it to handle situations in a way you hadn’t originally anticipated. So you try to incorporate those unique aspects of your character, I mean robot, into the operation. And some machines just don’t interface well, or get along, no matter what you do. So you rearrange them for the good of the task. And so it goes (sorry, Kurt).

But once you’re done, once all the code is in and the final locations taught, the machine bolted into place, and all the other equipment mounted in-place around it, you have nothing left to do but press the Run button, stand back, and hope (and pray) for the best. It can all be a little unnerving. In this instance I know from what I speak… and I have twenty eight years of experience to prove it.

But writing fiction has turned out to be a different beast. You see, it involves “people”, and people don’t like to be programmed (maybe that’s why I like robots). No, you have to be nice to people, coddle them, soothe their egos, encourage their individuality, nurture their spirits, and blah, blah, blah. Gawd, it’s like being a parent. You find yourself walking on egg shells at every moment. Writing, as I see it, is the act of encouraging your characters to willingly live out a story that you dreamed up for them.

So you push and nudge your characters to do their thing. “Go on. Do it. Do that funny thing that made me laugh last night. You know, the thing where you do that thing. You know.” Sure, you want them to be true to themselves, but you also want them to act out some cockamamie plot that you came up with. After all, their dreams may be important, but yours are too, right?

It’s always such a struggle, with lots of arguing and tantrums and over-the-top drama, sometimes even from your characters (some of whom can be real divas if you let them). So it’s up to you to get them into makeup and costumes, set the stage, get the lighting just right, dim the house lights, cue the orchestra, open the curtain and motion for the action to begin in 3, 2, 1 point (did I just mix my metaphors there?)

Your job is finally done. It’s opening night. You want to sit back, relax and enjoy the show. But instead you find yourself looking back over your shoulder at the audience to see if they’re laughing, or crying, or gripping the arm rests at all the right moments, or even to see if they’re just plain diggin’ it. That’s a lot of pressure. It’s hard on the nerves. It requires lots of patience and lots of coffee. It subjects you unmercifully to nagging doubts, deeply sublimated insecurities, fears and uncertainty.

Arg! How did I ever think I could do this? Excuse me, but I need to go program a robot.